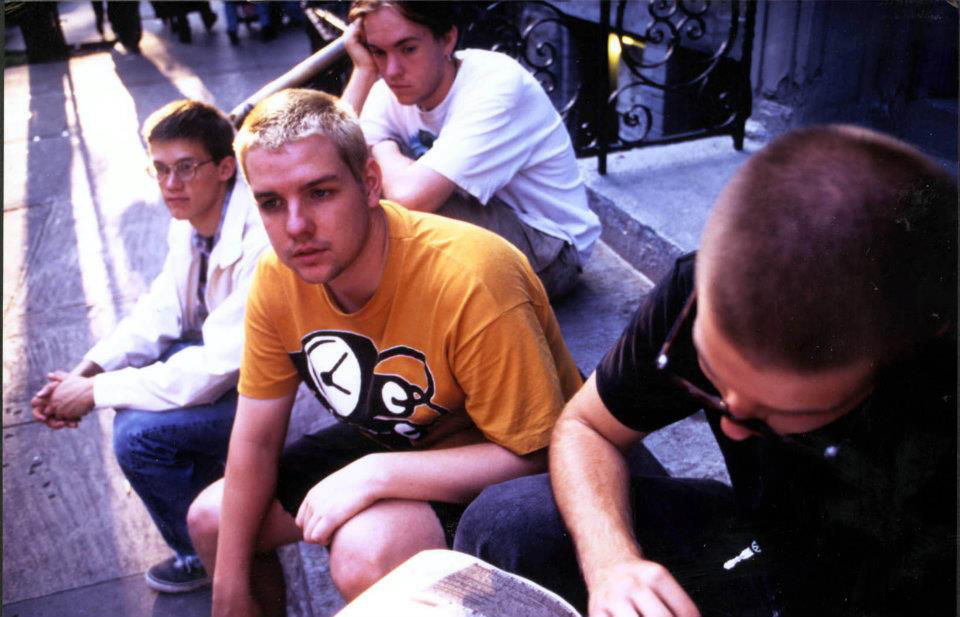 Their first EP and 7” on Freewill Records along with a couple 7-inches that included a split with Jimmy Eat World and Sineater were later combined and released as a self-titled compilation CD on Caulfield Records (commonly and mistakenly referred to as Anthology). They also released a split 10” with Boys Life and contributed to several compilation albums including (Don’t Forget To) Breathe on Crank! Records.

The band broke up in 1996 and their only official full length, a self-titled album (commonly referred to as Stereo) was released posthumously by Caulfield Records.

Despite their short tenure, Christie Front Drive became a major influence on emo music in the 1990s. Eric Richter originally resurfaced in the bands Antarctica, The 101, Golden City and now is currently recording a full length with his new project Suburban Eyes. Marschall and Begin went on to form The Blue Ontario. Marschall was also credited as an engineer on The Apples in Stereo’s album, The Discovery of a World Inside the Moone and played in the Phoenix-based Tierra del Fuego. Jason Begin performed under the name This Body as well as the Portland-based band Pireate Radio Deluxe and the random appearance with Modernstate. Bassist Kerry McDonald would go on to form The Mighty Rime, who released a self-titled record on Caulfield Records in 2002.

Christie Front Drive reunited on September 1, 2007, at the Marquis Theater in Denver as part of DenverFest III. They went on to play a few more reunion shows in Brooklyn, Los Angeles with Jimmy Eat World, San Francisco and Montreal.

Magic Bullet Records, now Dark Operative, has re-released remastered versions of the the first EP, 7” and full length that came along with a DVD of the band’s final show in 1996.