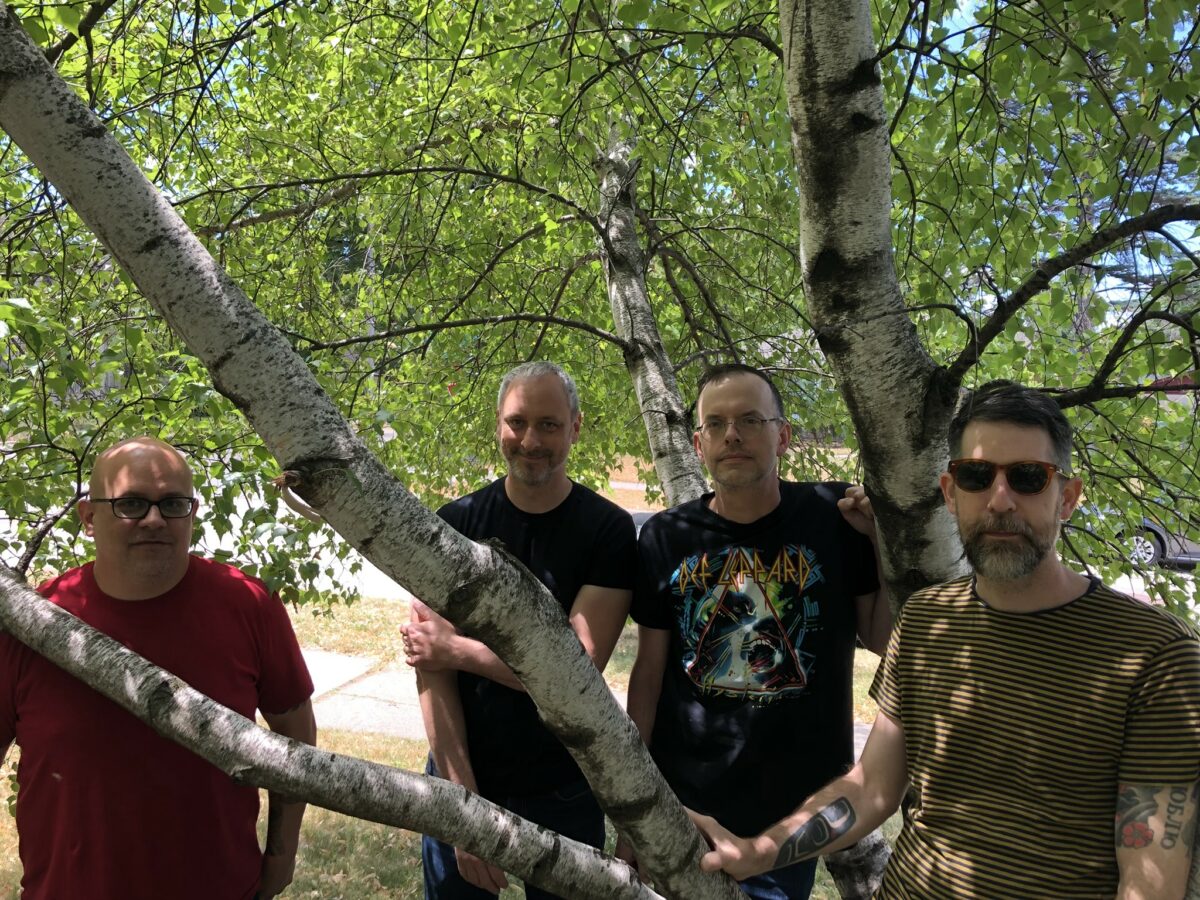 Ex-members of various Michigan-based groups including Vine, Current and Ordination of Aaron.

Broken Hearts Are Blue wasn’t built to last. Formed in late 1995, the band was ticking down almost from the beginning. Not out of any sense of acrimony among the members, but because it was that time in their lives. College graduation, grad school, a move to Denver – everyone’s eyes were on a different horizon. They played what in retrospect seems like too few shows, recorded and released an LP, 1997’s majestic The Truth About Love. And then they were done. Or so they thought.

In December 2018, the band, whose members had for decades lived in different cities, got together in Minneapolis to record a few old songs that never got put to tape. And since they were going to be in the same place, playing together for the first time in twenty-one years, they decided to see if they could write a new song as well. They did, and liked it, and after two whirlwind days had a new EP.

A year later they did it again. Only this time the vibe was different. It was mid-March 2020, and the world was shutting down. The resultant set of songs was more of a departure, reflecting where they were as people and songwriters a quarter century later. They emerged from the studio into a lockdown world and almost immediately started writing.

If not for the quarantine, who knows. The 2020 session might’ve been the band’s last hurrah. It didn’t go down like that. As the weeks wore on and lockdowns were repeatedly extended, they amassed numerous demos. They set up weekly computer calls, where they edited and refined, paring the unwieldy stack down to the best of the bunch. Which they then tackled again, doing new takes, alternate versions, trying different lyrics and melodies, experimenting with layers and sounds in a way they hadn’t before, mostly because they’d never had the time.

The result is the expansive new full-length, Dark Whimsy and Soft Surrealism. A record they could not have made at any other point in their lives, the album taps into the familiar BHAB aesthetic—moody tales of exciting but possibly doomed romance set against lush arrangements – while significantly broadening the musical and lyrical palettes. From the bright jangle-pop of opener “Sentimental Education” to the epic sweep of “Moonbeams Over East Hall” to the synth-driven, highly impressionistic “Film Studies”, Dark Whimsy and Soft Surrealism signals the triumphant return of a band whose legend only grew in its long absence.

The October 2021 digital release will be followed by a double 180-gram vinyl set on Council Records in 2022. The vinyl will include select tracks from the 2018 and 2020 recording sessions.